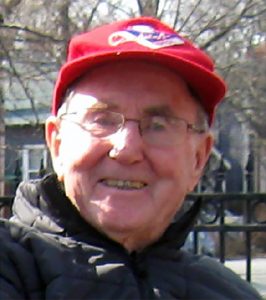 When I first heard about this project I was immediately interested because of my Dad, Stan MacLean, who was dealing with memory loss/dementia back in Nova Scotia – my homeland. Though I went home often to visit Dad, I missed him terribly and wanted to do something to make his life better.  This project felt like a way to do that. The character, Elaine, is a female version of my Dad. She is based on his physical energy, his sense of humour and his appetite for living, which he maintained until he died on April 19, 2017 while we were filming Cracked. I wanted to bring to Elaine my father’s “life force”. What I mean is this: so many people have an idea of what being old; memory loss; dementia; Alzheimer’s looks like, acts like, moves like but every person is unique. How we age may differ, to whatever age that may be, but our true selves are still present, though perhaps not in ways that are familiar or easy to recognize. My father reminds me about being “present”, being your true self and embracing the moment.

He made taking a routine drive into something special because of what he saw, his curiosity. Like my dad, Elaine, is curious, wanting to continue to learn, grow and live. It was an honour to perform on the day Dad died- it felt like he was right beside me. 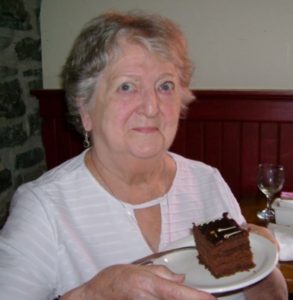 Noreen Smale, the much loved mother-in-law of Dr. Sherry Dupuis, passed away peacefully on Friday, March 3, 2017 as we were working on the filmed version of Cracked. Noreen spent the last few years of her life with memory loss. Despite living with dementia, she loved spending time with people and was always a very generous hostess. She was an excellent baker and especially enjoyed making and sharing cookies and candies with others – Noreen always had room for sweets. She was an avid quilter and instrumental in starting quilting guilds in both Oakville and Owen Sound. Noreen loved animals and was a lifelong Boston Terrier devotee, and continued to take great pleasure in her dog Abby right up until her last days.

Noreen demonstrated the continued relational possibilities of people living with memory loss and taught us so much about being relationally present, patience, vulnerability, the complexities of dementia, and the capacities of all people, all of which are ideas we take up in Cracked. Everyone whose lives she touched, and usually fed, will miss her enormously.